I had the pleasure of attending DefCon 24 and BSidesLV for the first time ever, and it was definitely an amazing experience.

While I could easily fill post upon post about various talks, topics, contests, and people, I will try to keep it down to one (reasonably sized) post.

This was my first trip to Vegas ever, and it was definitely an eye opener. I have never been to anywhere in the world quite like it.

Between the people, the buildings, and all there is to do, it is definitely a unique place.

Vegas was a bit too hot for my liking, and being "just a dry heat" didn't make it better.

I was finally able to gamble in a casino as well, and ended up $315 or so on the week. These winnings were from craps alone, and mostly thanks to secure_sean.

(the view from my hotel) 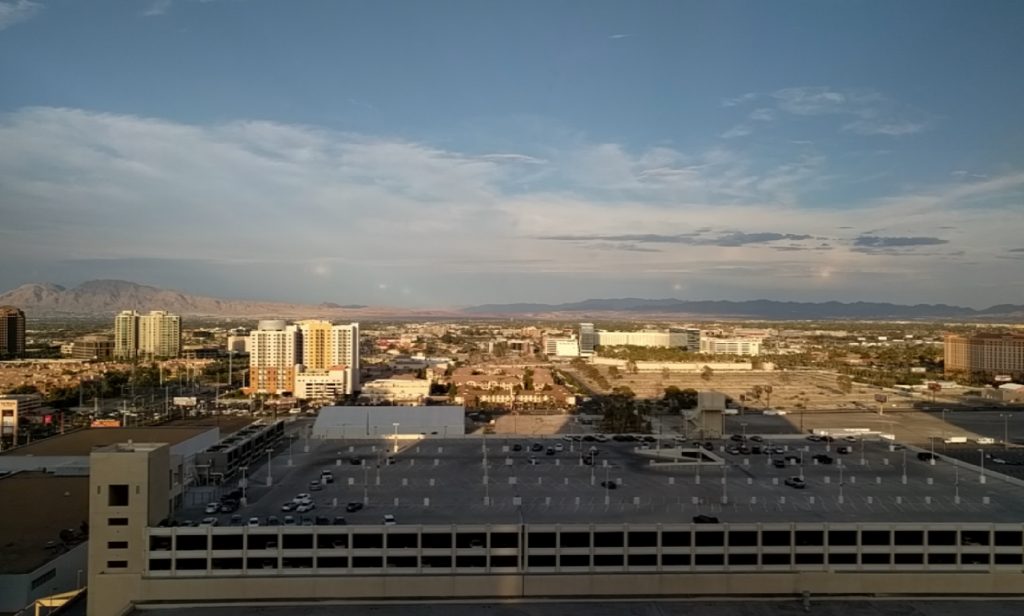 Going to DefCon (and BSides) for the first time was an amazing experience.

Seeing (and meeting) the people and places that I've only read about was pretty awesome, albeit overwhelming at times.

The sheer number of interesting conversations and talks alone was enough for me to think of hundreds of new side projects/ideas, which is awesome.

I also met some awesome people (including a 17-year-old reverse engineering wizard) through CTFs or just general conversations. Additionally, we grabbed a few drinks and sushi with MalwareTech, which was pretty awesome (super friendly guy).

Even if you don't go to any talks (to quote Grifter, "No talks, not even one!"), the people and the environment alone are reason enough to head to DefCon at least once.

I signed up for the Raspberry Pi and Kali workshop ($290 for all the toys), which was pretty enjoyable.

As Dallas mentioned at the beginning, Thursdays at DefCon do not go anywhere near to plan.

That said, while it took awhile to set up, and while there were definitely some hiccups, I had a good bit to takeaway from the course.

I got to refresh myself on circuits (which I haven't done in awhile) and get some ideas for some projects. In the kit was resistors, LEDs, sensors, a breadboard, and more, which should be more than enough for now.

Plus finally having a Raspberry Pi and Ardunio means I can finally start trying some of the IoT/small hacking projects that I've seen and thought about doing.

The second half of the class was even more interesting and relevant to me.

Sean (0hm) walked us through the ARM distro he put together for Kali that included all the relevant tools we might need for wireless or small penetration testing engagements.

Additionally, he brought up the SCR (and the boosted Alfa) we had in our kits, and what sort of things we might be able to sniff and decrypt (including GSM).

I came away from this talk with a lot of toys, and even more ideas (though I can always use more) for what to use them for. 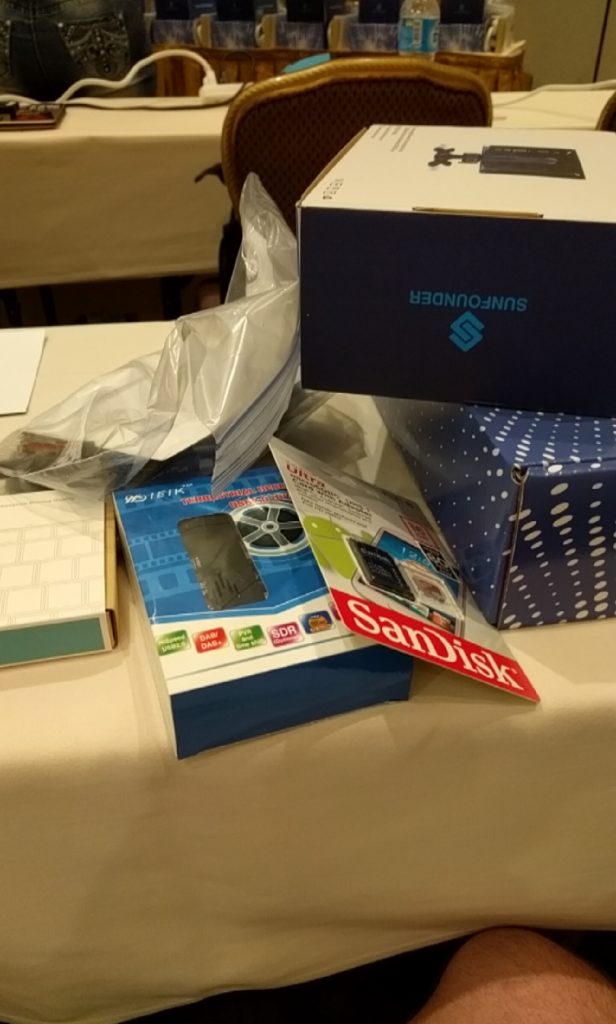 Instead of going over every talk that I attended or wanted to attend, I'll just go a bit more in-depth on two more important talks. Below them I'll list 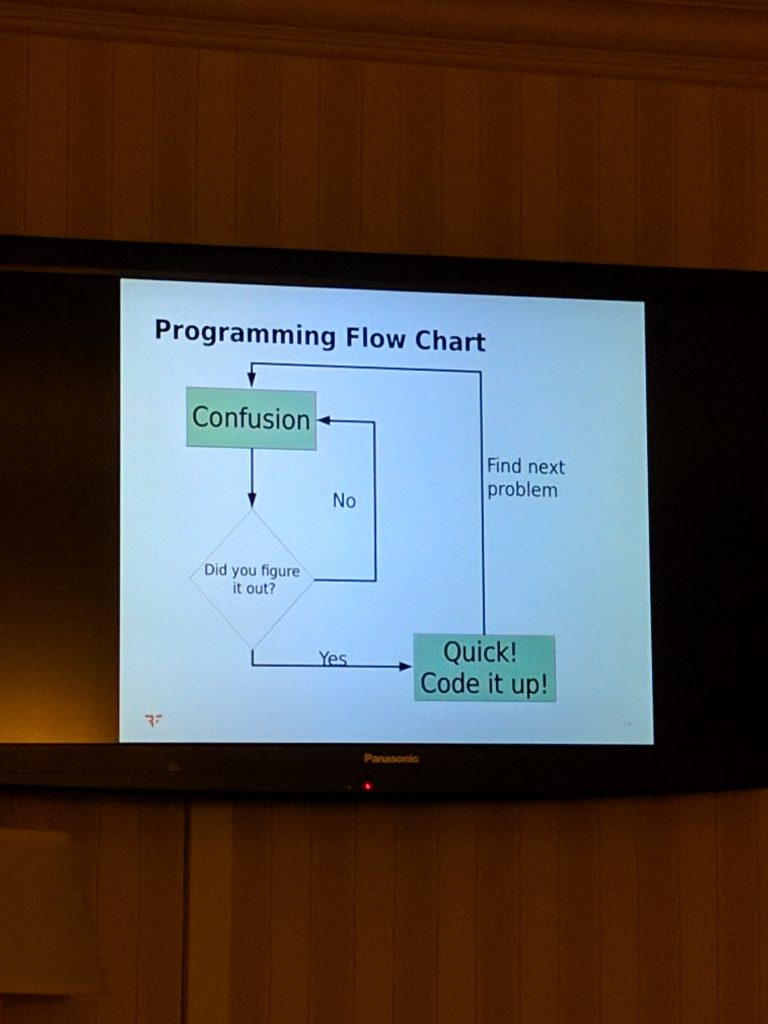 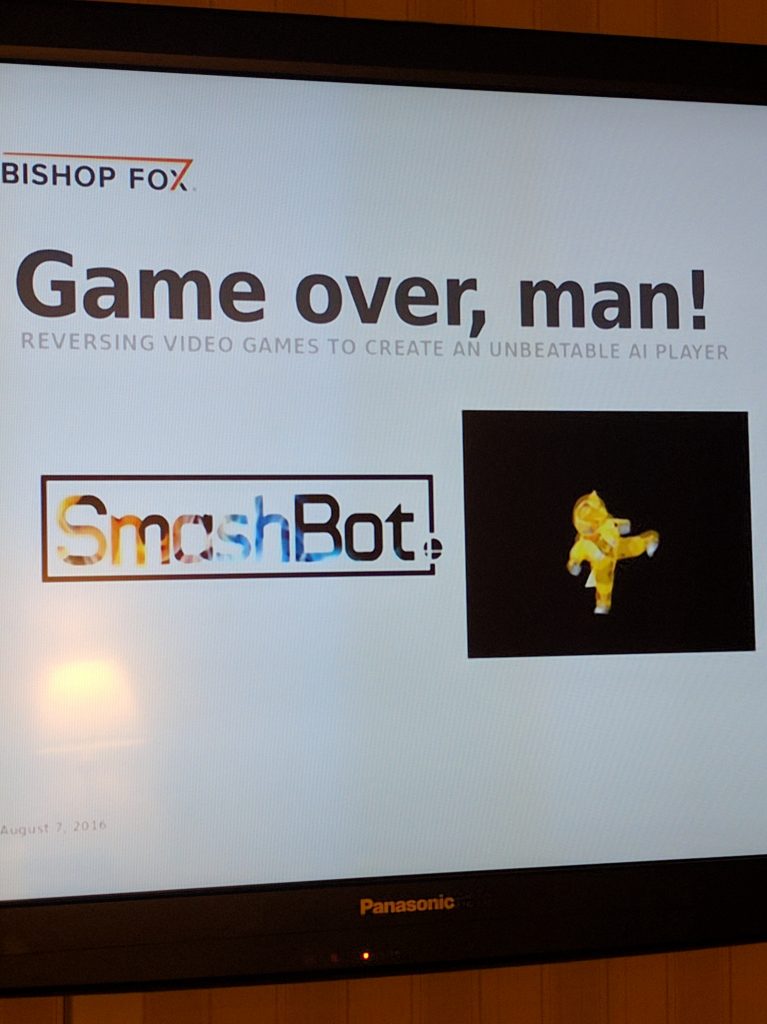 (The CGC machines and broadcast) 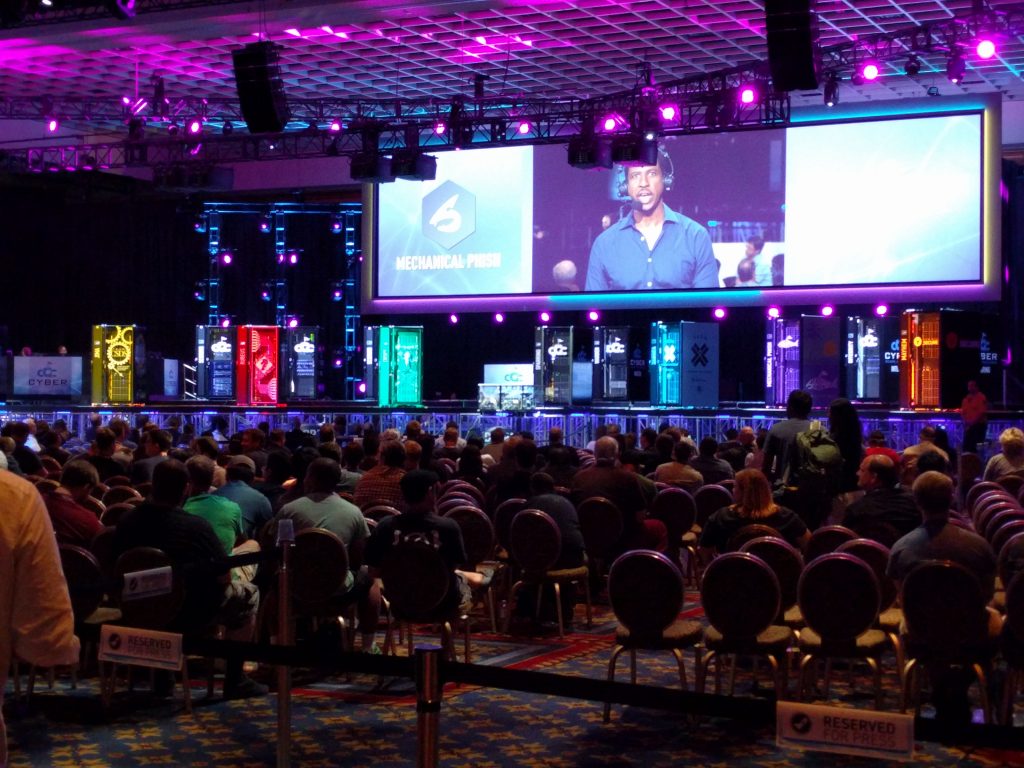 CTFs are where I spent most of my time this week, and ended up with plenty to show for it.

I ended up 3rd in EndGame's programming and security quiz, but the 1st place guy blew everyone out of the water (415 points to my 140).

At BSides, we ended up tied for 9th with two other teams in their MicroCTF, which was a great start to the week CTF wise. 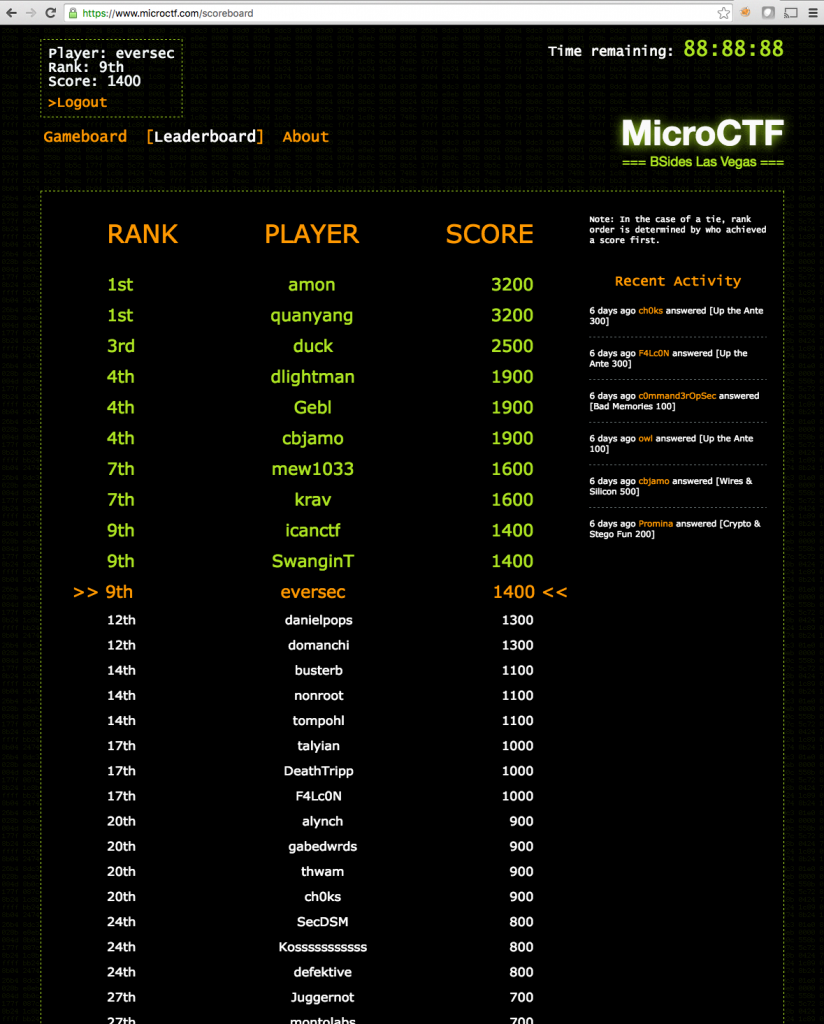 Once we got to DefCon, we entered in the OpenCTF. OpenCTF was definitely harder than a lot of the CTFs that I've done in the past, but still enjoyable. In the end, we ended up tied for 7th (with 2 other teams)! This was an awesome feeling considering the number of teams with quality people that were competing. A big part of our success was the 17-year-old wizard who joined our team after we started, as well as my last second (they literally held shutting it down for a few seconds while I used their connections to submit a flag) solving of a crypto challenge.

(pic of the final scoreboard, misspelled team name (everscc -> eversec) and all) 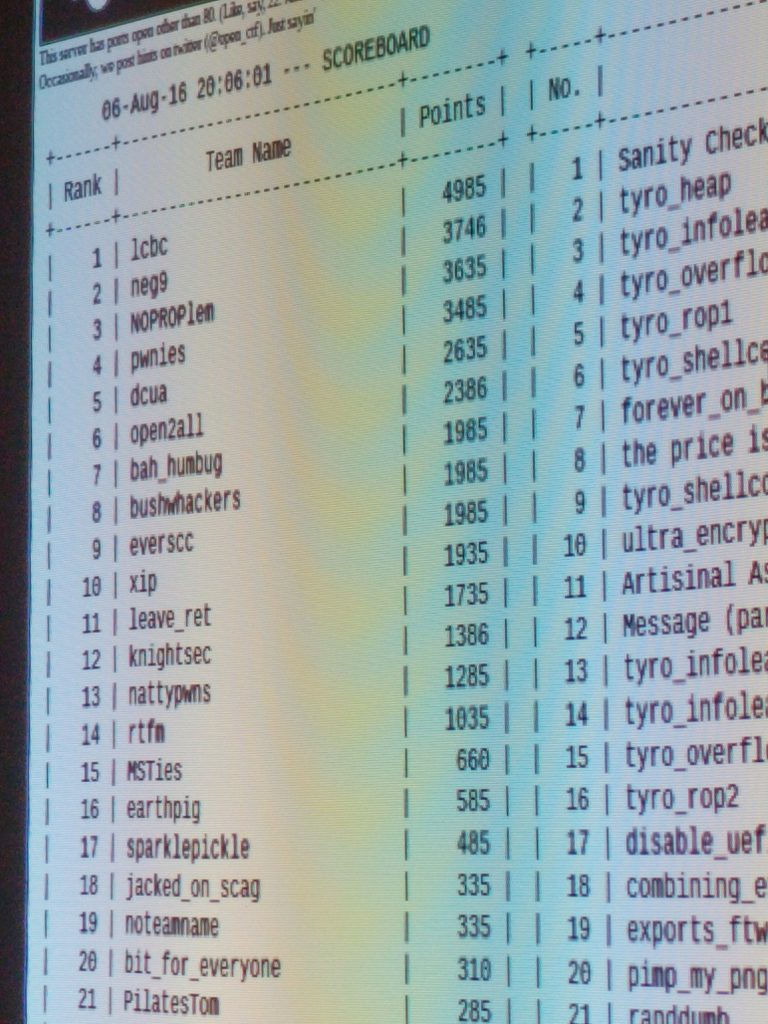 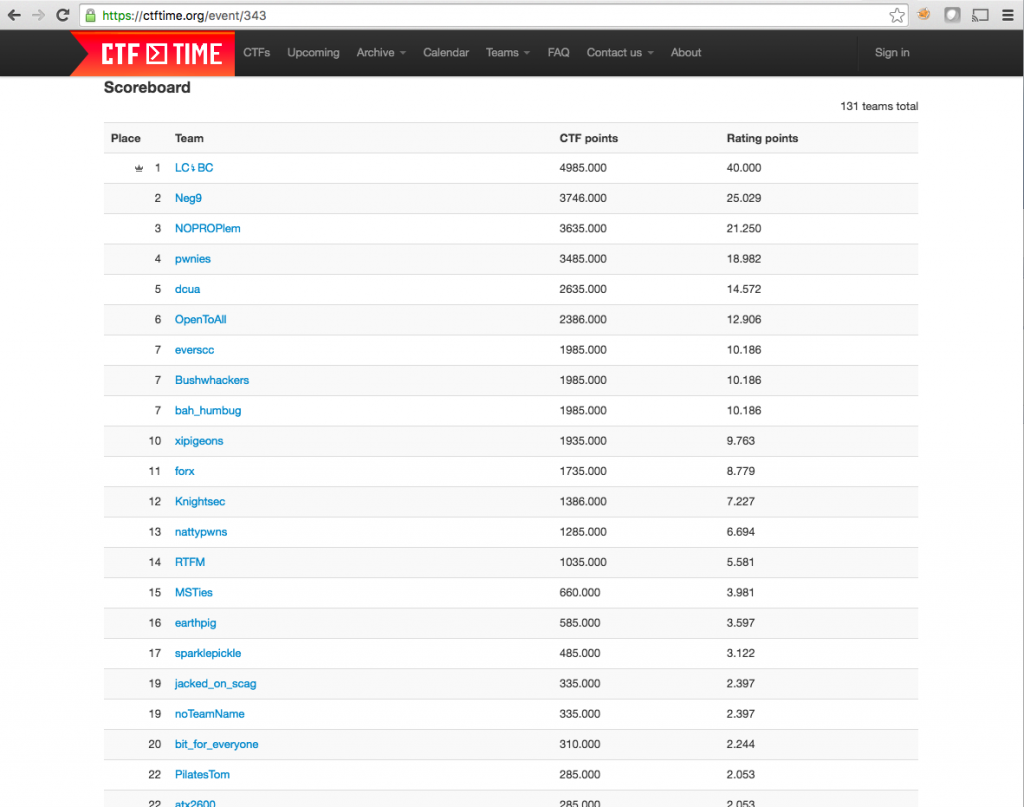 The final, and most important, CTF that we participated in this year was the IoT Village SOHOpelessly Broken CTF.

We ended up winning this CTF by 3000 points at the end, which was a great feeling. 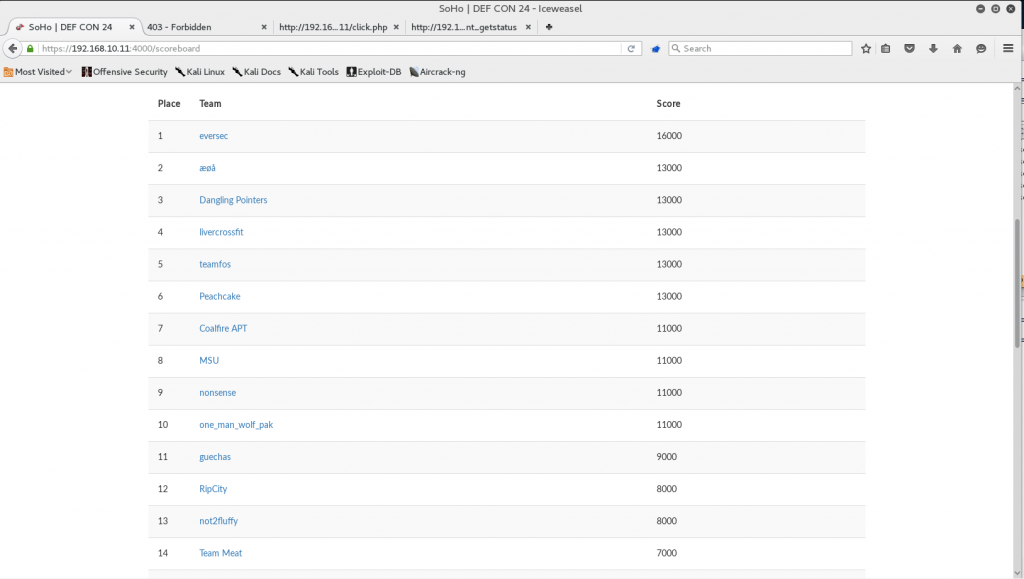 To build on the excitement (and stress) of not only winning the CTF, we also found out that we were receiving DefCon Black Badges as well! This would be a wild feeling for anyone, let alone someone attending their first DefCon.

We got to go on stage during the closing ceremonies with the team that ran the competition. They announced the 3rd, 2nd, and 1st place finishers, as well as our award. 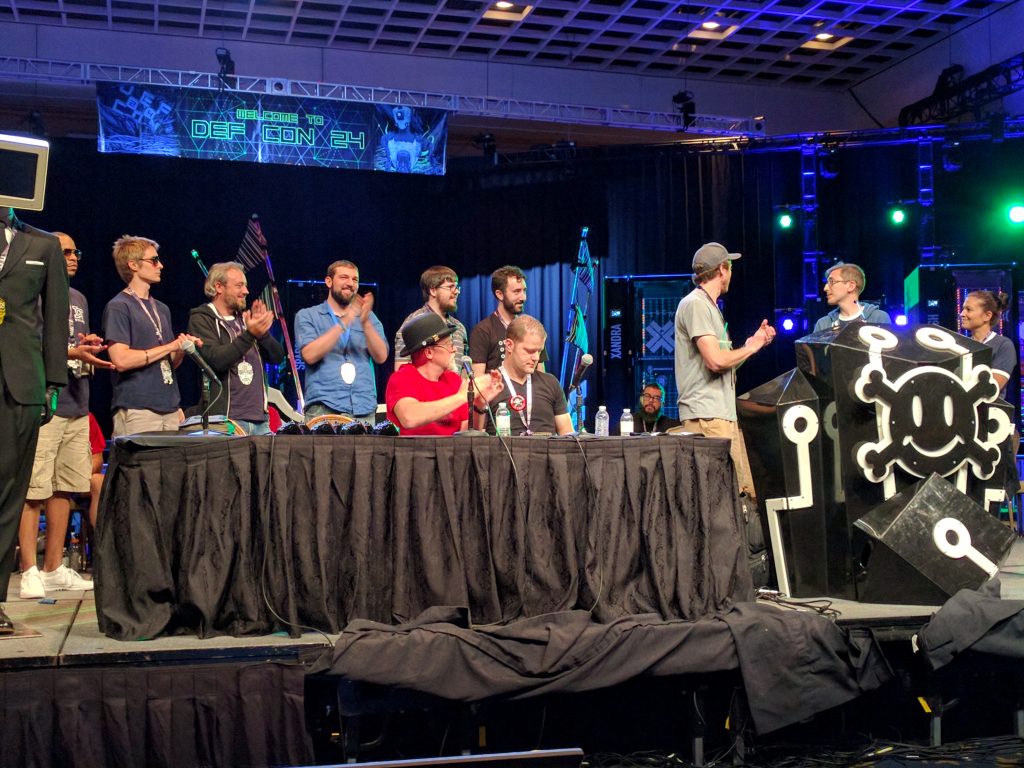 My teammate even got to give a brief speech about the contest and inspiring even more people to join the next year (as long as we win again of course). 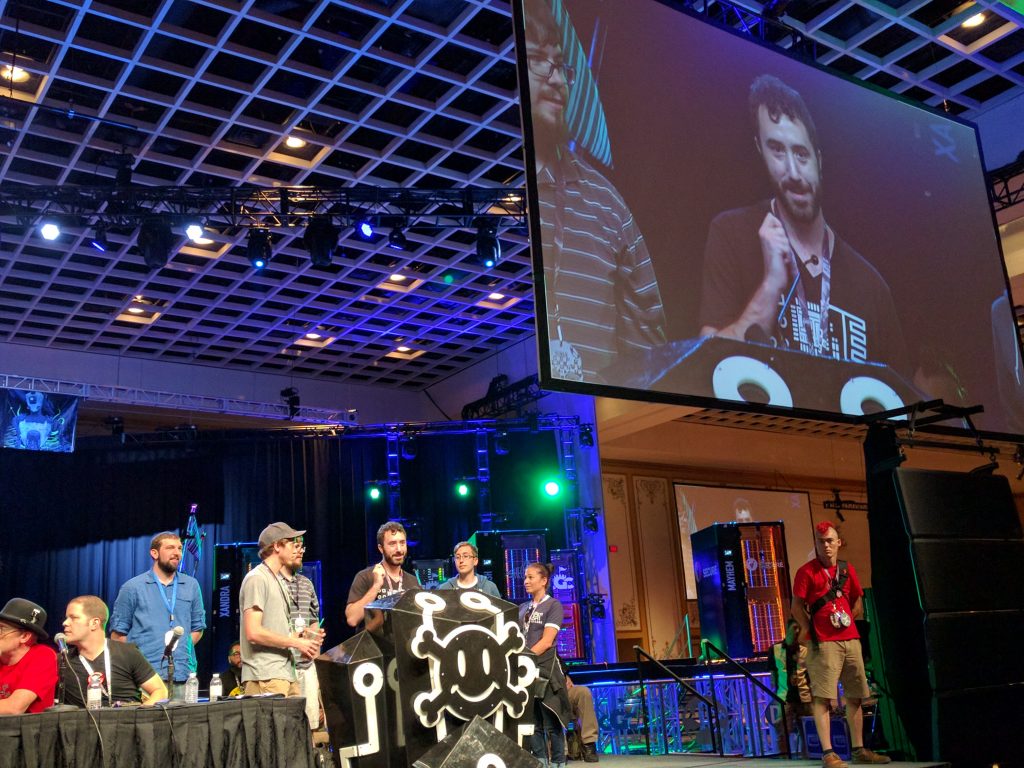 This was an amazingly exciting and frightening moment that I'll probably never forget for the rest of my InfoSec career.

All in all, I'm even more excited about my career and side projects. I definitely want to go to DefCon every year that I can from now on.

Plus, you know when Rapid7 takes a screenshot of your snap from their party that you've made it big. 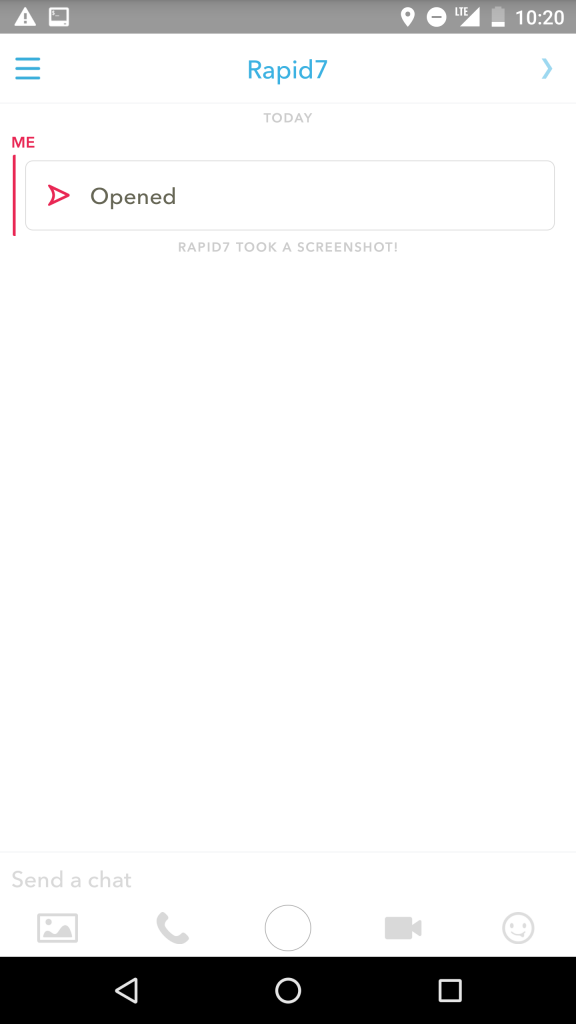