From time to time, I'll have to stop airodump in the middle of a capture.

This will often result in some malformed packets that cause aircrack to throw out some errors.

Normally this isn't a huge issue, but can cause issues from time to time.

The first issue that I've run into is that some packets end up being too large. As in the above example, one of the packets ended up being 52096164 bytes long. This can either be caused by an FTP transfer that was improperly captured, or some other malformed fields in the packet.

In this case, I found that pcapfix does a great job of finding and fixing the errors.

Running the new file through aircrack worked just fine, and there were no errors.

Another common issue that I've found is captures with packets of length 0.

First, I would verify that the file type was correct (this was unnecessary).

Next, I tried to use ivstools to convert the file to an ivs file. This was completely unnecessary, and wouldn't have worked anyway since I was dealing with WPA2.

After a bit of research and looking at the capture files, I realized that I could fix them using Wireshark.

First, I opened the file and found the malformed packet.

Next, I marked the first packet and the last normal packet. To do this, you right-click on the packet and select "Mark/Unmark Packet".

With the beginning and end packets marked, it was time to export the file. To do this, you go to File -> Export Specified Packets. 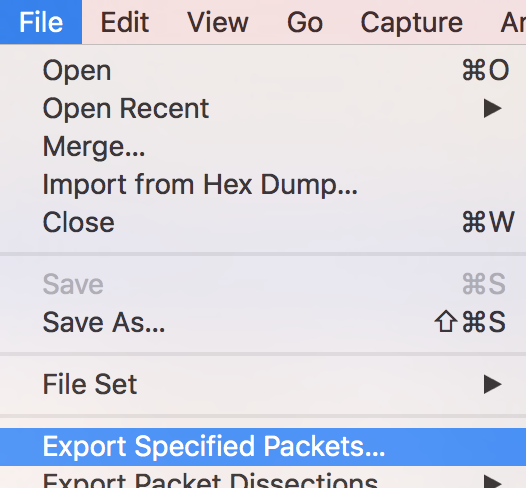 With the export window opened, I made sure to select the "First to last marked" option, as this would export everything but my malformed packet. 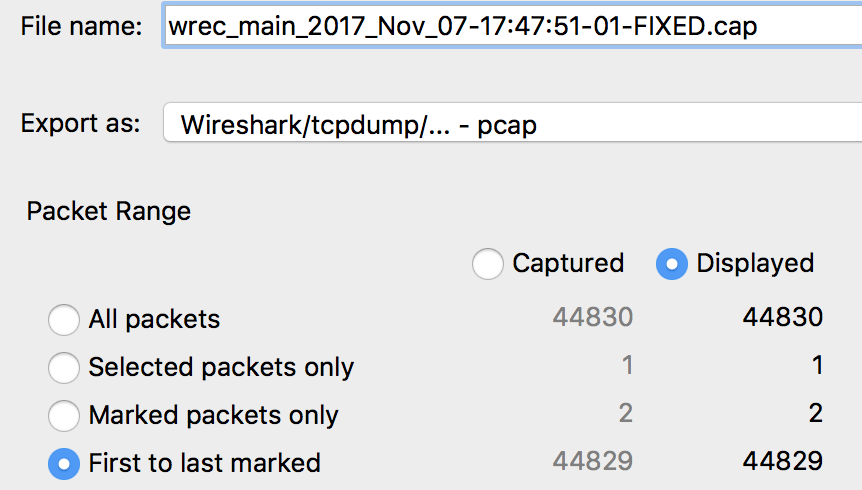 Once I opened the fixed capture file in aircrack, there were no errors and it proceeded just fine!

For the most part, a lot of tools can still work around these captures with corrupted packets. That said, it was nice to get them working without errors for anything that couldn't.

If you know of a better solution for either of these issues, then definitely let me know!

I know I promised less wireless posts, but I've been on a lot of engagements for it recently.