I recently had to demonstrate the dangers of loading external resources over HTTP as well as security libraries running on the client side. In this case, I went with an attack to MITM XSS protection, and this was the result.

A simple application that takes a GET parameter and echos it to the page.

As you can tell, this application is obviously vulnerable to XSS. 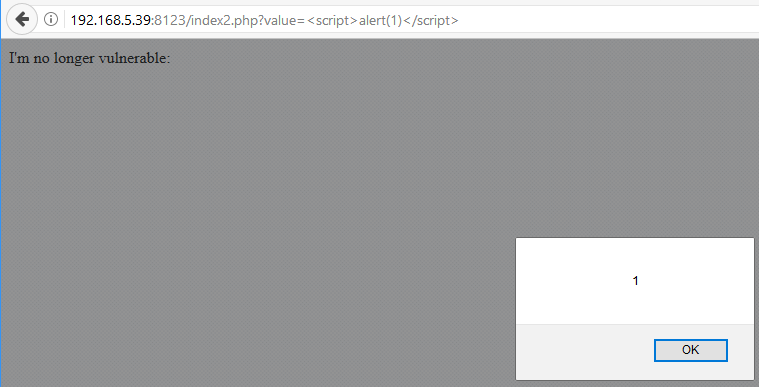 In this case, our target actually smartened up to our attacks, and started using an input sanitization library.

Following the example on the GitHub page, the target application was now a bit more secure.

Now, when we try our previous payload, it no longer works.

The reason for this is that the library is now HTML encoding our payload.

As you can see, the browser is sending the input to the filterXSS method before being written to the page. Note that the decodeURIComponent and URL encoding is to just prevent closing script tags from breaking this “protection”.

Like any good attacker, we won’t stop because of a little client side protection for our XSS attacks.

In this case, I used mitmproxy and a custom script to modify the response. If the request was for http://138.197.195.10/xss.js, then I replace the content with my own neutered function.

To use this script, I setup some iptables rules to forward traffic to mitmproxy, setup ARP spoofing between my victim and the router, and started mitmproxy.

Now, the next time that my “victim” browsed to the vulnerable application, I saw their request for the XSS library.

Additionally, the response that mitmproxy sent back to them was my useless version. 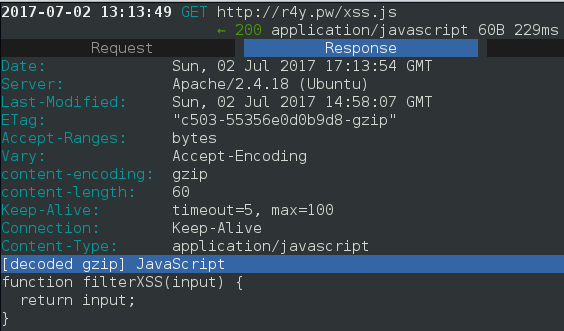 Finally, my alert popped, and XSS was successful again! 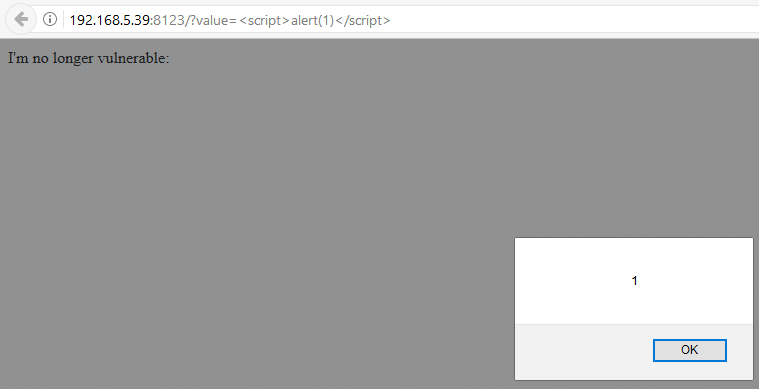 Additionally, you can see that the empty filterXSS() method is the one being loaded on the client’s side.

While this attack did come with a few caveats, it still demonstrates the dangers of HTTP vs. HTTPS and client side protections.

To perform this attack, an attacker just needs to share a network with the victim, and have some familiarity with the protection that they are attacking.

Other than that, the attack is (mostly) transparent and could be even more sneaky.