I've had an issue recently where my monitor won't sleep, and I wanted to share my fix and debugging steps.

I was waking up in the morning, any my monitor would still be on from time to time. My power settings were set to turn off the monitor after 15 minutes, so I wasn't sure what was going on.

After reading a few threads, it seemed like something was keeping the monitor on.

This isn't quite security related, but it's a technical issue that's been bothering me for a few weeks now.

First, to see what might be keeping my system awake, I used the < href="https://docs.microsoft.com/en-us/windows-hardware/design/device-experiences/powercfg-command-line-options">powercfg command.

As you can see, some sort of audio stream was using my Realtek driver and keeping the system awake.

First, to override the power management system, you can use the 'requestsoverride' flag.

In this case, since the Realtek driver was preventing sleep mode, I could use the following command.

For more information on this command, you can also check out the following post.

While I can override the usage, I wanted to figure out what was actually using my audio streams.

First, I assumed that it might be Chrome, Discord, or a game, but that wasn't the case.

Next, I disabled my microphone, just in case something was using it. 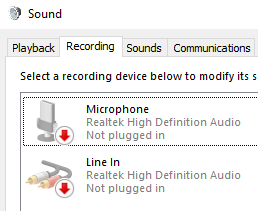 When that didn't fix the issue, I started to look at everything that was accessing AudioSes.dll.

Using my very scientific method of killing random processes, my Realtek driver was still in use.

After finally killing my nvcontainer.exe process, my driver was no longer keeping the system awake!

I'm not certain what Nvidia was doing exactly, as I wasn't hearing any audio coming from my computer. That said, I now have a better idea of what process might be causing this.

I know this wasn't exactly security related, but I'm still catching up on older posts.

If you have any ideas what nvcontainer.exe might have been doing with an audio stream, then let me know.

For another write-up, I recommend checking out this blog post.