I recently came upon a challenge that required a short XSS payload, so here is my walk-through for that process.

To start, Burp found injection in the following code:

(Note that the maxlength is important to this story, as there is strict validation on that later). 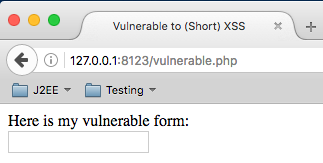 Once I submitted a parameter via a GET request, it populated the value attribute.

Here is an example of the finding in Burp. 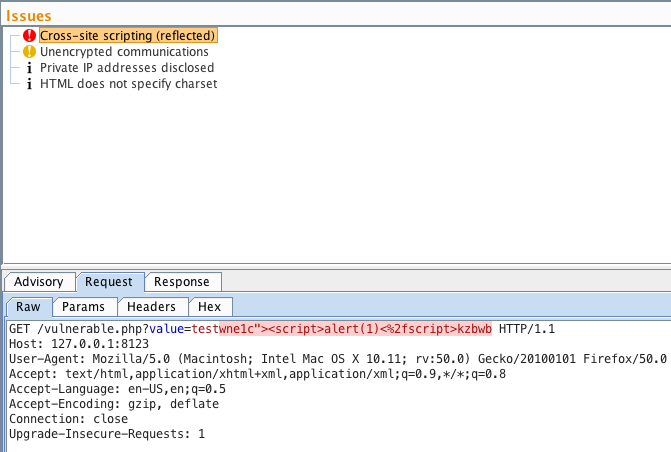 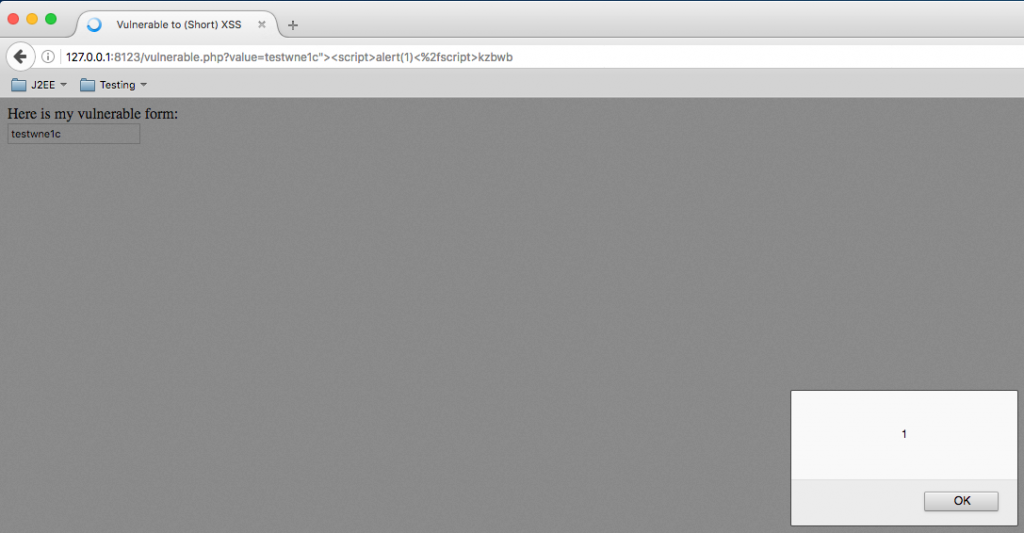 Unfortunately, there was actual server-side validation on the 30 character limit, so that did not work once the test page was modified.

In this case, this is what the application code may have looked like. 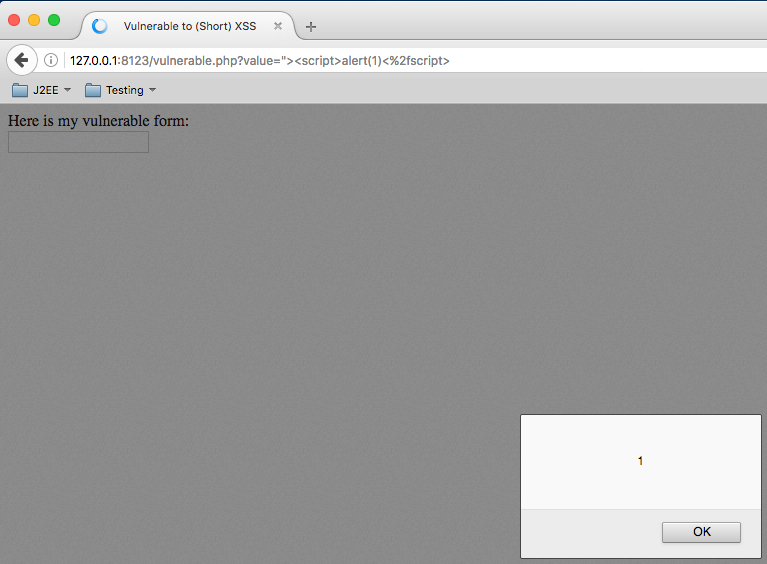 However, in this challenge, the application was converting all the input to upper case. This caused my exploit output to look like this:

For those of you not aware, JavaScript methods are case-sensitive, and there is no ALERT() method (unfortunately). Additionally, with our character limit, this would only give us a proof of vulnerability as opposed to a weaponized exploit.

So, in this case, I needed a case-insensitive payload in 30 characters or less. That said, the HTML standard does not require lower-case attributes, so this was probably my best bet (ID, SIZE, SRC, ETC.).

Starting there, I could attempt the following payload:

This payload was too long (48 characters), but it was a good start.

The first modification was to use a protocol-relative address to save 5 characters off the bat. If the browser is currently loading the page through HTTP, then the reference will be HTTP (and the same for HTTPS).

For more information on this, see the following URL – https://www.paulirish.com/2010/the-protocol-relative-url/

That brings it down to 43 characters, which was still a bit long.

Furthermore, since this is just an exploit, I could break the HTML and forego the closing script tag. That said, some browsers require a closing script tag eventually, which is why I added the logger method to my example application.

Also, I could drop the quotes around the script source location, as they are not terribly necessary.

This got my payload down to 32 characters, which was almost small enough for the challenge.

Finally, for the actual solution, I’d like to introduce r4y.pw! This is my new, short domain hosting an XSS polyglot at index.html. This is the same as brutelogic’s 14.rs, only I am able to control it and modify payloads.

Therefore, this allowed me to cut a bunch of characters from my payload, and exploit the XSS.

Here is the final short xss payload and what it looks like on the page:

Finally, this worked, and I was able to pop-up an alert!

In conclusion, a case-insensitive short XSS attack (only 23 characters), hosted on a domain that I own.

All in all, a fun little challenge, and a good example of manual testing, Burp validation, and short xss payloads (also weaponizing beyond alert(1)).