I wanted to share a few ways to setup an RDP Tunnel, as it’s proved very helpful during some engagements.

You can also use it for accessing your own hosts, if you don’t want to use something like Guacamole.

For an in-depth write-up on bypassing some network restrictions using RDP tunneling, I recommend this FireEye post.

Finally, for another in-depth guide, I really like this Black Hills post for some of the things that it covers.

First, I configured my Windows “target” box to have a host-only network adapter.

Next, I enabled RDP and verified that the host was listening on port 3389.

I then grabbed the IP address of the host, as this is what I would be connecting to.

Finally, I used rdesktop to verify connectivity from my Kali host to the Windows target. 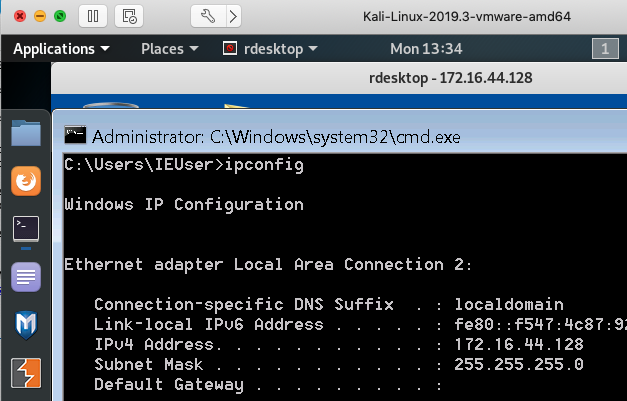 First, I had to enable SSH root logins on my Kali host.

Next, I setup an SSH tunnel through my Kali box. The following command opens port 3389 on my local machine, and forwards it to port 3389

I then setup an RDP connection to localhost using Royal TSX.

Unfortunately, I received an error when I tried to connect. 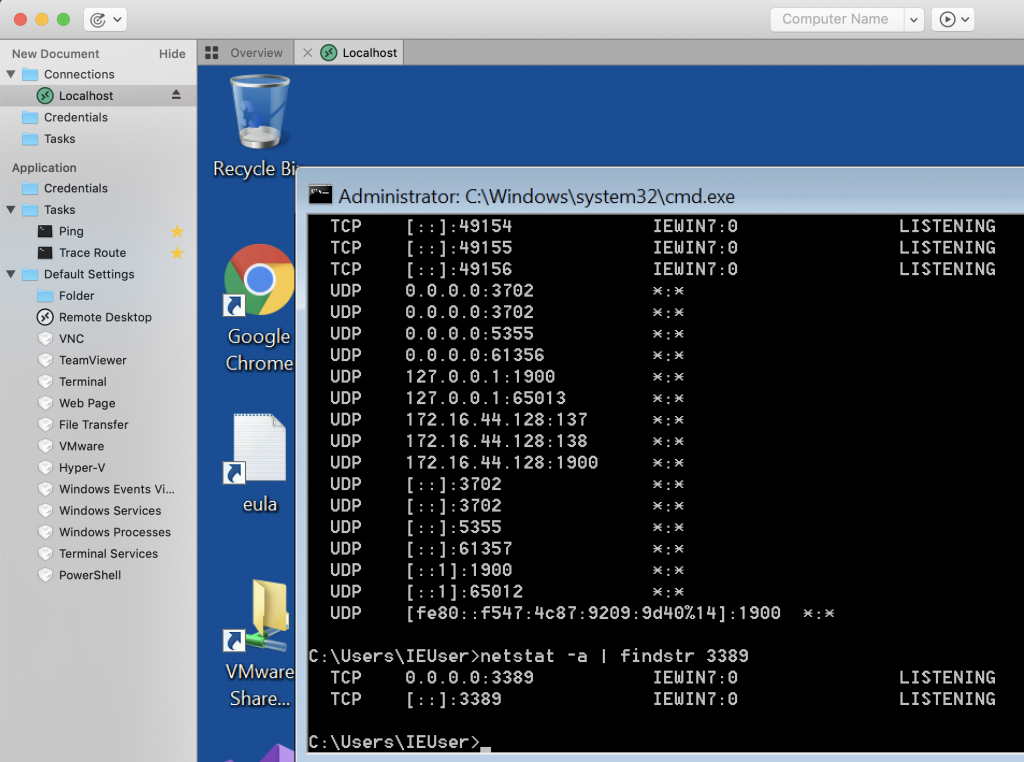 While my tunneling was successful, I wanted to expand on it a bit more. In this case, I wanted to be able to RDP to a box that would forward my RDP connection without having to first create an SSH tunnel.

This would be useful for scenarios where SSH wasn’t available, or for further tunneling into internal networks.

First, I enabled port-forwarding on my Kali box.

Next, I configured some iptables rules on the Kali box. These rules will:

With my firewall rules in place, I configured a new connection in Royal TSX.

Unfortunately, I was unable to connect initially.

When I looked at my iptables status, the rules were successfully capturing and modifying packets.

Additionally, I checked my conntrack file and saw a successful connection over port 3389.

I also ran a quick tcpdump on port 3389, to make sure that I was sending packets.

After a bit of debugging and searching, I found this ServerFault thread.

I hadn’t setup masquerading, so that was more than likely my issue.

After updating my rules again, I was able to successfully connect to my Windows target vi my Kali box!

I’m glad that I finally finished this post, as it is a useful technique for lab environments or internal penetration tests.

If you know of any simpler ways to setup this forwarding, then please let me know.

RDP is a great tool to use and is usually expected in target environments anyway.